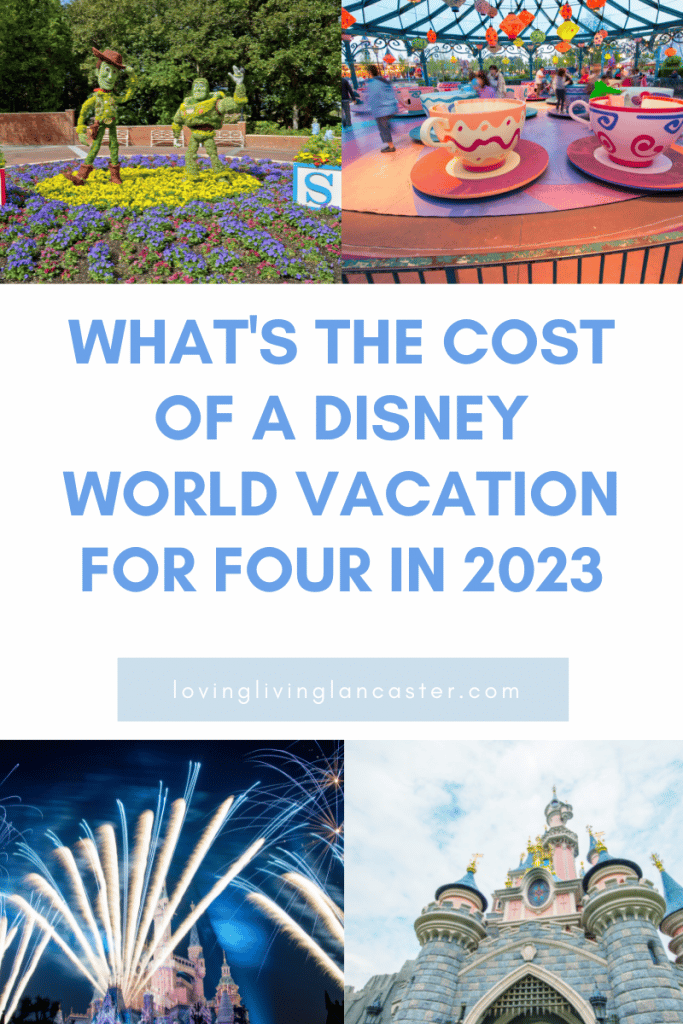 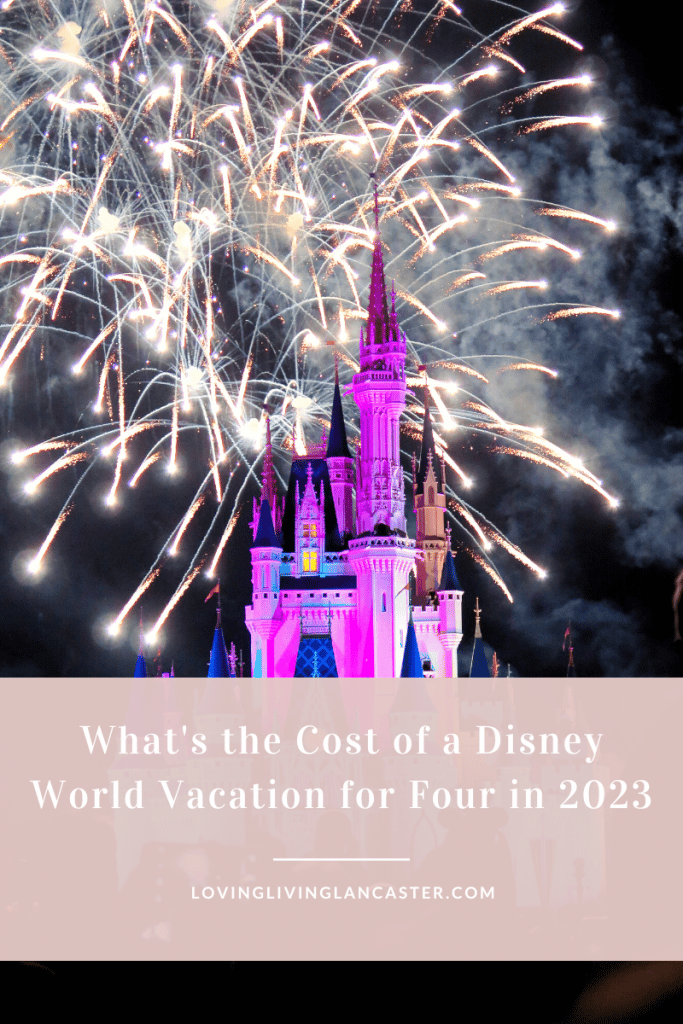 Walt Disney World in 2023 may not be what we dreamed it would be five years ago. There have been a lot of changes, enhancements, upgrades, and (dare we say?) pluses to the Disney World vacation experience. If you’ve been chomping at the bit to get back to Disney World, 2023 is going to be a great time to do it. But how much does it cost to go to Disney World?

Several projects should wrap up by the end of this year, including Tron: Lightcycle Power Run at the Magic Kingdom. There are also three major celebratory events going on next year at Walt Disney World. The 50th Anniversary celebration doesn’t end until March. By then EPCOT’s 40th will be in full swing since it’s October 1, start date in just a month.

On top of these, The Walt Disney Company also celebrates 100 Years of Wonder in 2023. But what’s the cost of a Disney World vacation? How Much Does It Cost to Go to Disney World?

Breaking Down the Cost of a Disney World Vacation

Your upcoming Walt Disney World trip is likely to have a few more added expenses that you aren’t normally used to if you’ve been to Walt Disney World before. These are the result of some price increases, loss of complimentary services and optional upgrades.

One thing to be aware of when budgeting your trip is that the cost of a Disney World vacation is very malleable. You can alter the number of days, your dining experiences, your Walt Disney World resort choice, any number of things to help keep the cost down and balance the fun.

Cost of Travel to Disney World

The cost of travel largely depends on how you get your family of four to Orlando, but once you get there, there is more travel to budget for. If you fly into Orlando International Airport, you will want to plan for car rentals, or Uber service. Since Disney’s Magical Express no longer offers complimentary rides from the Airport, those are going to be added transportation costs.

Luckily, you will not need to pay for transportation once you are on Disney property. So your most budget-friendly option is to call an Uber for a $57 Uber XL trip to your hotel room. If you need a car seat, it will be an additional $10. Mears shuttles also offer comparable pricing but the price ranges on a per-person basis.

Cost of Food at Disney World

Snacks are always getting more expensive at Walt Disney World and people are always complaining about the new cost of a Coke ($4.69) . The best option to save money is by bringing your own food or placing a grocery order to have snacks in your room. The next least expensive option is eating quick service meals. The average price estimate for food a family of four is roughly $150 per day, which can add up to a lot of money for some. Table service restaurants can get expensive and while they are often delicious, it can increase your food costs exponentially. Alcoholic beverages also increase your food cost so you can reduce that expense if you cut down on the number of drinks you purchase.

Disney Resort Hotels offer a few tiers. The value tier comes with a room rate starting at just under $200 to over $400. Moderate resorts start near $400 and stay in that range, with some value resorts even dipping under $300 (before tax).

If you want the Deluxe Disney World experience the cost of a deluxe resorts start at over $500 per night and potentially goes over $1,000 depending on how luxurious you want your accommodations to be. There is another option, though. Good Neighbor Hotels aren’t owned by Disney but they are on Disney property. These well-respected hotel chains usually offer room rates that can be more affordable.

What does it cost to go to the Disney World Theme Parks?

Theme park ticket prices for the most magical place on earth can vary by date, type, and length of stay. The price per day decreases with each newly added ticket. Usually, a one-day ticket costs $109, but in 2023 prices won’t dip that low again until late august.

Most dates next year will cost around $140 with some exceptions priced at $124-$134 per person. When you buy a ten-day pass, the daily ticket price cuts in half with incremental discounts along the way depending on how many days you choose. The cheapest 4-day ticket in April costs $507 per adult. Park hopper passes cost an additional $21 per day.

In addition to admissions, you may want to purchase Genie+ which could add another $20 to each ticket. This will help you avoid long lines for the rides as well. If you have a child under three the child admission is free. tickets for Children between 3 and 9 are $10 less than tickets for guests 10 and up.

When is the cheapest time to go to Disney World?

There isn’t really a cheap time of year to go to Disney World, however, some times of year are cheaper than others. This varies depending on the year and what events are happening that year. However, in general you can follow the below tips to save some money while visiting Disney World: