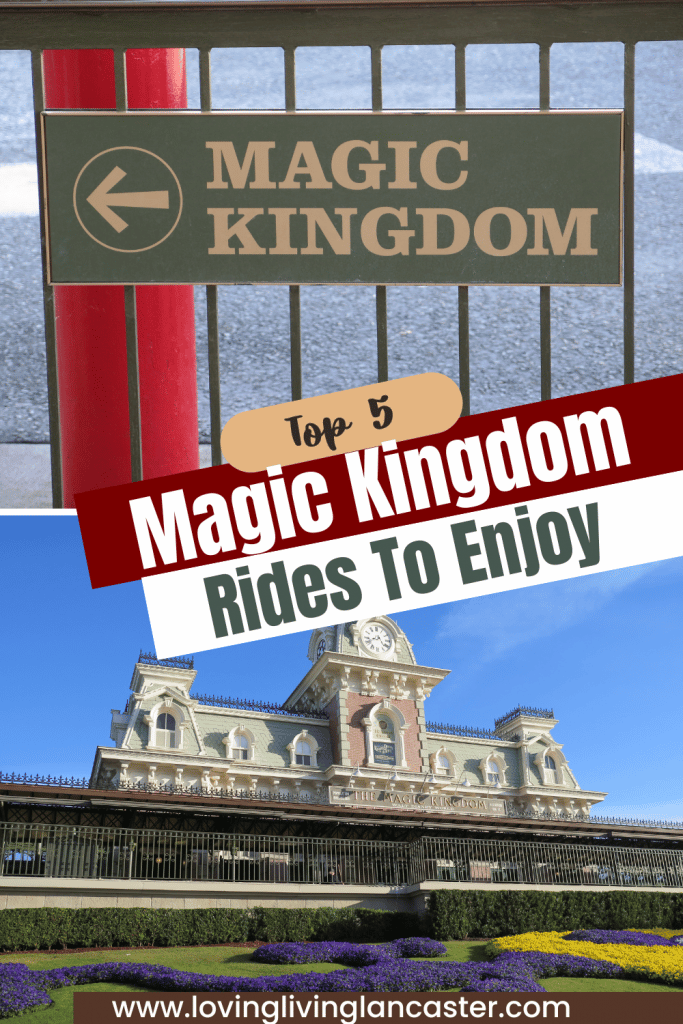 Going to Disney World with it’s height requirements doesn’t mean that younger kids are left out. Here are our top 5 best rides at Magic Kingdom for the entire family to enjoy.

Magic Kingdom was built with little kids in mind. It was a continuation of the philosophy that parents and children should be able to have fun together. That premise has kept most of Walt Disney World’s theme parks’ big thrill rides out of the Magic Kingdom and in other Disney parks. Even though most of the attractions at the Magic Kingdom are well suited to guests of any height, there are some height restrictions on some for safety reasons. Disney World height requirements are typically 38″ to 54″ to ride dozens of rides.

While tamer than the roller coasters and thrills found at other Disney World parks, Some of the park’s most popular attractions do have a height requirement of 38 inches or above. These include the big mountain range of rides such as Big Thunder Mountain, Splash Mountain, and Space Mountain. The Seven Dwarfs Mine Train in Fantasy land also has a minimum height requirement of 38 inches. Since Disney takes safety so seriously, they aren’t going to budge on that if your little one is even just a smidgen under.

Other attractions such as theater shows could also put a younger family member at a disadvantage. While they may not be able to ride some of the most popular rides, you can still have a wonderful time in the “Best Place on Earth” with your family. When you visit Walt Disney World with young children who are under 38″, these are the best rides at Magic Kingdom with lower or no height requirements. These are rides that even older kids, and the whole family would enjoy as well.

The Magic Kingdom Park is sure to be a fun attraction for the entire family to enjoy seeing Mickey Mouse, Donald Duck, and all their favorite characters, and have fun on some of the Disney World rides. Here is our top 5 Magic Kingdom rides that are perfect for first time visitors to see.

The Barn Stormer is not the absolute best ride in the Magic Kingdom by any stretch, but it is a lot of fun. The Barn Stormer is a short rollercoaster ride that provides thrills for those who are unable to meet the height requirements for the larger rollercoasters in the park. The thematic overlay, while sparse, provides enough story background to make the ride elements extra entertaining and worth returning to for multiple rides.

The location near Dumbo in the Dumbo’s Circus neighborhood of Fantasyland gives the area an added boost and it adds value for growing kids who still like meeting the characters and playing in splash pads. The ride itself, and what it contributes to the area puts it high among the best rides at Magic Kingdom for kids under 38 inches.

This controversial Magic Kingdom attraction is still a big hit with kids. The Tomorrowland Speedway usually only gets a mention in speculative talks about how to update Tomorrowland. There are many who feel the ride is a classic, but others just don’t see the futurist connection without updating the vehicles to electric. That’s all grown-up stuff.

Kids, on the other hand, thrill at the opportunity to get behind the wheel ahead of their time. With a height requirement of only 32 inches and a changing backdrop of Fantasyland and Tomorrowland, the Tomorrowland Speedway is a natural stop for kids who are interested in doing more than just ride. It’s also not too far from Fantasyland which is where kids often clock the most time with the Disney characters and properties they love.

Pirates of the Caribbean

This Disney classic has no height requirement and despite not being a roller coaster is packed with the thrill of adventure. This satisfies all sorts of requirements for young kids by introducing dark ride elements, a catchy song, and a magically inspiring environment that will set their imaginations into overdrive.

Pirates of the Caribbean is near the edge of the park on the opposite side from Tomorrowland, but going there not only enhances the day’s events, but it also adds balance and a better sense of the park as a whole without adding too much strain for little legs. The iconic nature of the attraction makes it one of the best rides at Magic Kingdom for kids and adults alike.

Everyone loves Peter Pan’s Flight. You can’t outgrow it, which is perfect considering that you never age in Neverland. This fanciful dark ride features a jaw-dropping birdseye view of London and the magical realm of Neverland. The rest of the ride almost doesn’t even matter, but the interior queue is a lot of fun and will stimulate kids’ imaginations as well.

While all Fantasyland rides are appropriate and worthwhile, Peter Pan’s Flight is a must. Just try to get there early on before the lines reach a wait time to rival Space Mountain. The best rides at Magic Kingdom for kids don’t typically have such long lines.

Another type of thrill ride that kids under 38 inches can enjoy is The Mad Tea Party. With no height requirement this ride has the added benefit of participation. Much like the neighboring Tomorrowland Speedway, this attraction puts kids in the driver seat. Only this time, you can help. There is an innate thrill factor in zipping across the spinning turntables.

However, you can make it more thrilling by spinning the wheel of your teacup harder. The added control over the speed and dizziness makes this another ride that is difficult to outgrow. That indicates that it is more of a “big kid” attraction than maybe it is. So it’s a nice morale boost for kids still licking their wounds from not being able to ride the Seven Dwarf’s Mine Train.

Other Disney Posts To Enjoy