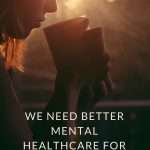 This past week has been an absolute blur. After being told at 35.5 weeks I had preeclampsia and would be delivering at 37 weeks, my pregnancy went from a happy and wonderful time to being at the doctor every other day for NST’s and checking my blood pressure multiple times a day. At 37 weeks, I delivered our beautiful baby girl via scheduled C-section. Her birth was uneventful and she let out those beautiful cries that every mom wants to hear as soon as she entered this world.

After she was born, she was diagnosed with double pneumothoraxes. I had no idea what this meant, but according to Medlineplus.gov, pneumothoraxes occur when some of the tiny air sacs (alveoli) in a baby’s lung become overinflated and burst. This causes air to leak into the space between the lung and chest wall (pleural space). In our baby girl’s case, she had a very large one on the left side and one on the right side that was putting pressure on her heart. This resulted in her admission to the NICU at a hospital away from where she was born.

Hearing that your baby is going to the NICU is something that you truly cannot be prepared for. When my son was born, he aspirated at birth and was diagnosed with pneumonia the next evening after his birth. This resulted in him spending 14 days in the special care nursery on IV antibiotics. Those 14 days were some of the most difficult days of my life. However, with his birth and condition, there was nothing that could have been done to prevent it. Of course, it was always in the back of my mind with this pregnancy, but even with our girl being born at 37 weeks, I was assured the chances of her needing any additional care was miniscule. When it happened, I was honestly in shock and had no idea what to do. I was recovering from major surgery, on strong medication and they were taking my baby to another hospital. I hadn’t even held her!

We spent 7 long days with our girl in the NICU. I was able to see her at least once a day, every day that she was in there which was a blessing. However, being told when you can see your baby, when you can hold her and that you need to “let her rest and not touch her” is something that no parent should have to go through, especially right after giving birth. While I am truly thankful for the wonderful care she received in the NICU and the fact that she made a full recovery, there are lingering effects from this traumatic event and changes that need to be made to postpartum care for moms of NICU babies.

NICU Moms are NOT Normal Moms

The hour before I was released from the hospital, I was brought a survey to fill out to gauge my postpartum depression ‘risk’. This survey had questions like: “are you more sad than normal”, “are you sleeping less than normal” and other risk assessment questions. While I understand that this is a great tool used for moms who are taking their babies home, how can you ask these questions to a mom when her baby is in NICU? Of course I’m more sad than normal, I’m leaving the hospital without my baby in my arms, going to the hospital where she is and am going to go sit with her while she’s hooked up to oxygen, a feeding tube and more monitors than you can imagine. Of course I’m not sleeping, the cries of other babies down the hall the past two days has been a constant reminder that my baby has a chest tube in her side. We need to understand that NICU moms are not normal moms who are taking their babies home. Healthcare professionals need to understand this as well.

The NICU where our girl spent a week was part of a large hospital with a large parking lot. The walk from the door of the hospital to the NICU was probably at least a half a mile through the hospital. We weren’t allowed to stay there, and we live 30 minutes away from the hospital. During the time she was there, my days revolved around pumping breastmilk and going to see her twice a day to deliver milk and spend a bit of time with her. I was thankful for my husband and mom, who both insisted on wheeling me into see her in a wheelchair in the early days, but I noticed so many moms who were hunched over trying to walk back and forth to see their babies. I also felt pitiful being wheeled in and out, so I insisted on walking back and forth several times – and let me tell you, it was painful. Every new mom is sleep deprived, but NICU moms are sleep deprived on an entirely different level. When I was able to sleep, I constantly woke up to check my phone to make sure the hospital hadn’t called with some horrible news. I am a firm believer that postpartum physical care is an important part to postpartum mental care. If we feel horrible physically, it’s difficult to feel great mentally.

NICU Moms Are Often Pushed Aside

While this may not be the case everywhere, it was the experience I had. The nurses and doctors, for the most part, were great where our girl was. I of course am so thankful for their care for our girl and that they were able to push her toward a complete recovery. However, I did feel pushed aside on several occasions and for me, this was one of the most detrimental things to me mentally.

On one occasion, I arrived at 8:15 PM to bring milk to our baby and visit with her. She was getting her feed through her feeding tube, but kept pulling at it with her hands. Her nurse was having a conversation and laughing with two other parents, so I grabbed my baby’s hands and was holding her hand so she couldn’t pull her tube out while the feeding was running. The nurse walked over and told me I was disturbing and aggravating my baby, and by doing so, she was more likely to aspirate which would ‘set her back’. She also proceeded to tell me that I wasn’t able to hold her after her feeding was over, because I should have been there at 8 PM for her “hands on time”. I had no idea there was such a thing as hands on time or what in the world she was talking about, we had been allowed to hold her pretty much anytime we were there. There was also an instance where an ultrasound tech came in for a follow up kidney ultrasound. We had no idea an initial kidney ultrasound had been done days earlier and that something had shown up on that initial one that they wanted to ensure wasn’t an issue.

While I understand that the goal of the caregivers is to care for the babies in the NICU, a lack of communication can cause moms to feel disconnected and pushed to the side when it comes to the care of their child.

Being A NICU Mom Is Lonely

Remember the saying “it takes a village”? That is something that NICU moms don’t get to experience. Often times, the village is made up of close friends and family. When your baby is in the NICU, visitors are often limited to parents and grandparents. The time that you would normally spend at home, adjusting to life with a newborn and receiving help from those closest to you, you spend traveling back and forth to a hospital and constantly worrying about your child’s health.

Being a NICU mom is the loneliest thing I have experience in my life. While I was blessed to have my husband and mom with me every day our girl was in the NICU, it was still so lonely. As a mom, I had carried our baby for 9 months and then to have her ripped from my arms and not be able to care for her like I wanted to was a horrible experience. That combined with trying to pump, increase my milk supply, take care of my health and deal with postpartum hormones made me feel isolated from everyone around me. I felt like no one really understood what it was like to be HER MOM and be going through what I was. Of course, I knew that my husband and family were worried sick about our baby, but being a mom of a NICU baby is an entirely different experience.

The Fear Doesn’t Stop After the NICU

Call it PTSD or whatever you want, but bringing a baby home from the NICU is another roller coaster ride. All moms and parents experience some form of anxiety when bringing their new baby home, but after your child has been sick and hospitalized, that fear reaches an entirely different level. While you’re in the NICU, your baby is constantly monitored. You learn how to read those monitors, how to unhook them for a diaper change and you get used to your baby constantly having wires and tubes attached. Once you do get to bring your baby home, you of course are so thrilled, but you’re terrified.

Every movement or whimper at night makes you jump out of bed and count their respirations per minute. When they cough while drinking a bottle, you fear that they aspirated. You’re terrified of the unknown and think about the ‘what ifs’ a lot. Personally, having two sick babies has caused me to become a germaphobe. I constantly wash my hands and encourage everyone around us to. I also plan to keep our baby at home for a few months so that she isn’t exposed to germs in public places. I’m terrified of what a simple cold could turn into. The fear of your baby having to go back to the hospital is real and something that NICU moms live with everyday. 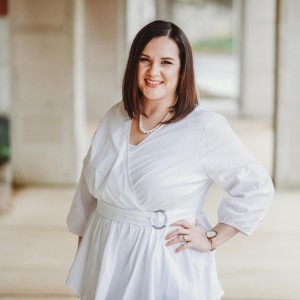 Thank you for stopping by and taking a moment to read a little bit about me. I am a wife and momma first and foremost. Writing has always been a passion of mine, but a few years ago I took a leap, left my corporate job and became a full-time blogger and virtual assistant. I hope you enjoy my little corner of the internet! About Me

Sometimes being a working (even if it's from home)

Did you catch these cute little guys over on my bl

Happy Monday!! Who else is working today? 🖐🏻

Ok guys, serious question here: what are your favo

A sweet treat for your Tuesday! These heart shaped

What is rich and creamy, between two flaky layers

The little loves of my life 😍What are you all u