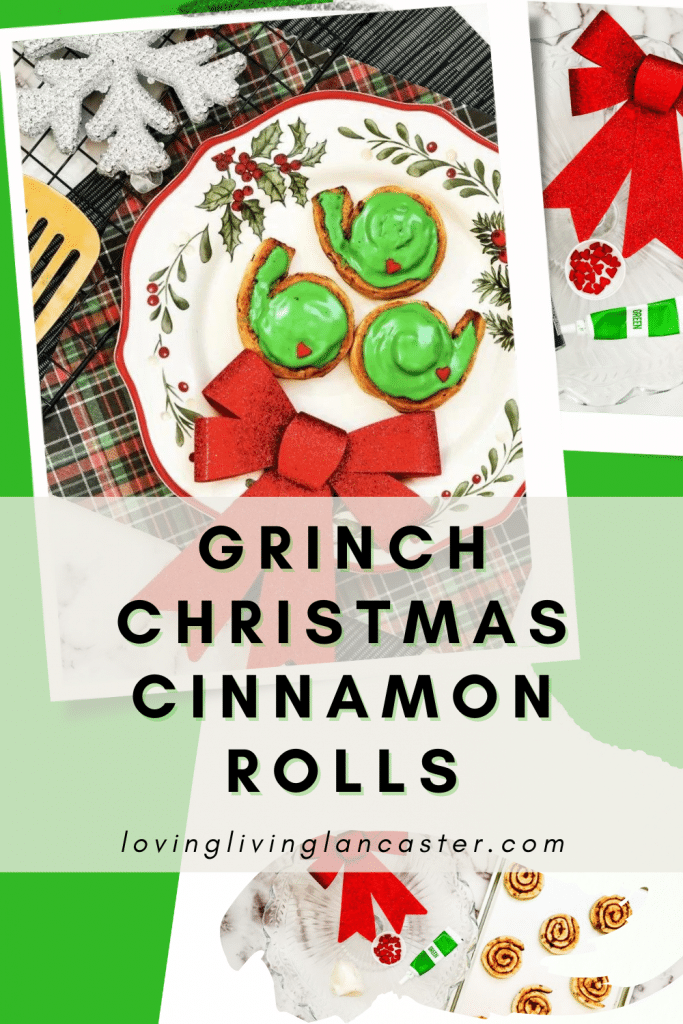 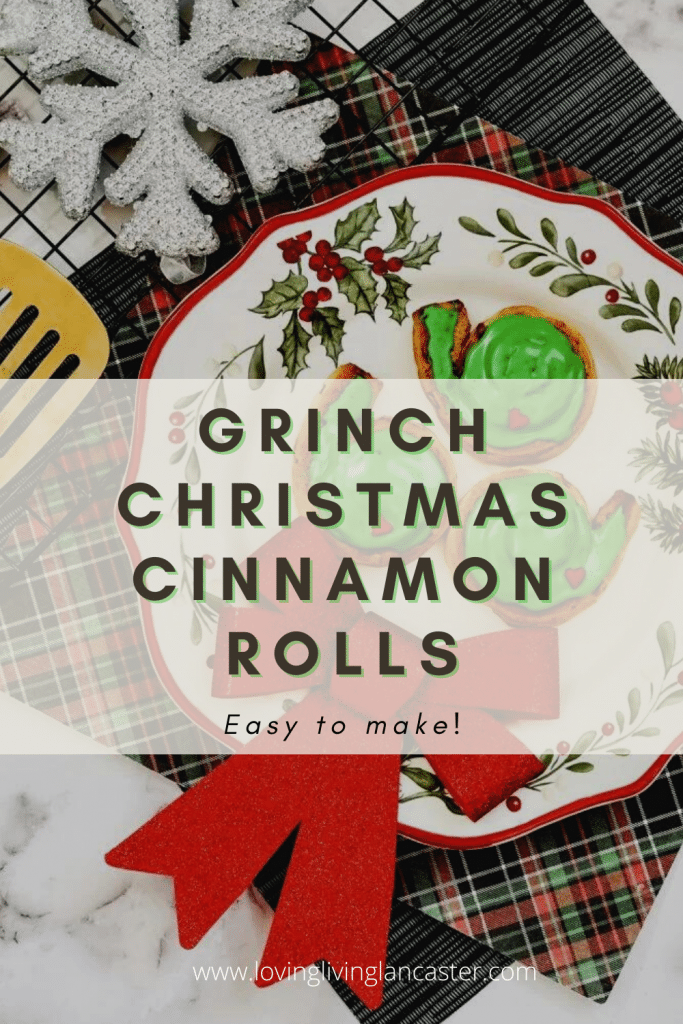 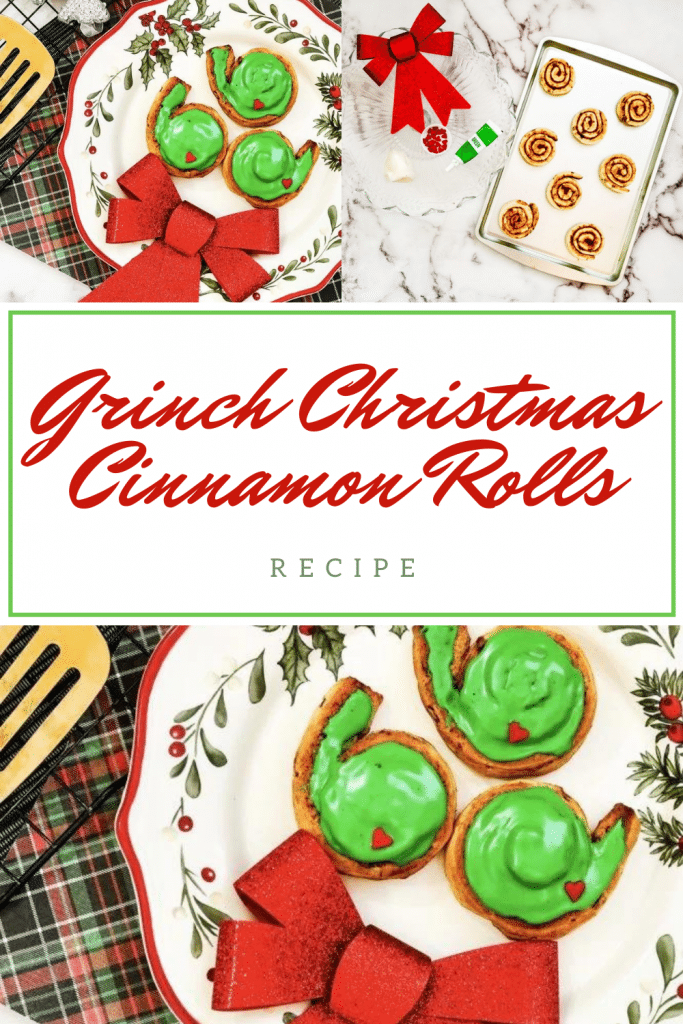 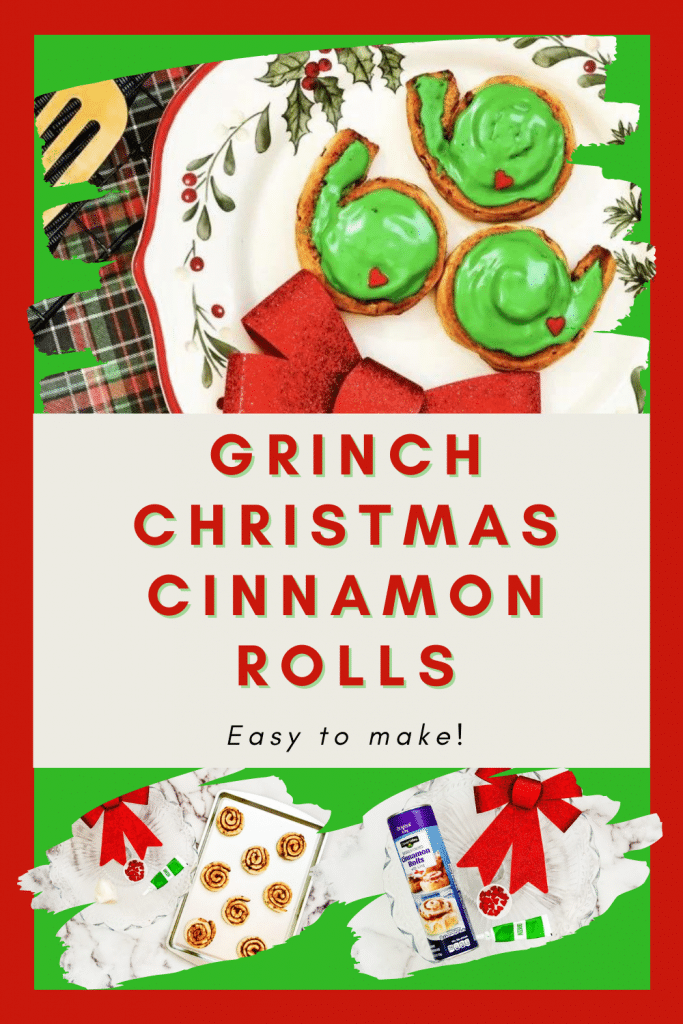 Imagine making Grinch Christmas Cinnamon Rolls for your kids on Christmas morning. Not only will their mouths drop in anticipation, but their taste buds will jump for joy. Mix traditions up this holiday season by making these cinnamon rolls for your family.

As a kid, there were things your parents did that made you oh so happy. You probably didn’t realize the impact those traditions had on you until you were an adult.

That’s where these Grinch Cinnamon Rolls come in.

They are easy to make, yet they will make the biggest impact on your kids!

What are Grinch Cinnamon Rolls?

They are traditional Cinnamon rolls with a few fun surprises. If you know anything about the Grinch, you know that he is green. These cinnamon rolls are a fun green color.

In honor of the upcoming holidays, a fun green grinch color makes everything a little more fun to eat. Each cinnamon roll is also delicately decorated with a cute little heart.

If you’ve watched the Grinch movies, then you know WHY the heart is important.

When it comes to Christmas morning, moms and dads have a lot going on already. That’s why these cinnamon rolls are super simple to make.

You can look like the superhero without having to do much work. Go ahead and check out the simple ingredients to this Grinch Cinnamon Rolls.

All four of these ingredients work together to create something that’s magical for Christmas morning.

How to Make Grinch Cinnamon Rolls

Are you curious as to how you can make these cinnamon rolls? Well, the good news is that they are easy and you won’t be spending too much time in the kitchen making these.

Your kids will still be super surprised though!

As you can see, these instructions are so simple, anyone can make these. If you’re up for it, get the kids involved in making these cinnamon rolls.

You would be surprised as to how much kids really do love to help their parents cook.

The next time you’re looking for a fun recipe to make for the holidays, give these Grinch Christmas Cinnamon Rolls a try!

Can I make cinnamon rolls the night before Christmas?

Sure! I would recommend making the cinnamon rolls the night before and frosting them the next morning. You can re-heat the cinnamon rolls in the oven and then frost them. This will prevent them from drying out or the icing from ruining during re-heating.

What is the best make-ahead Christmas breakfast?

I personally love our slow cooker breakfast casserole as a make-ahead Christmas breakfast. As I mention above, you can also make these cinnamon rolls ahead of time so you can spend as much time as possible with your family on Christmas morning.

Other Christmas Recipes to Try

Imagine making Grinch Christmas Cinnamon Rolls for your kids on Christmas morning. Not only will their mouths drop in anticipation, but their taste buds will jump for joy. Mix traditions up this holiday season by making these cinnamon rolls for your family.

As an Amazon Associate and member of other affiliate programs, I earn from qualifying purchases. 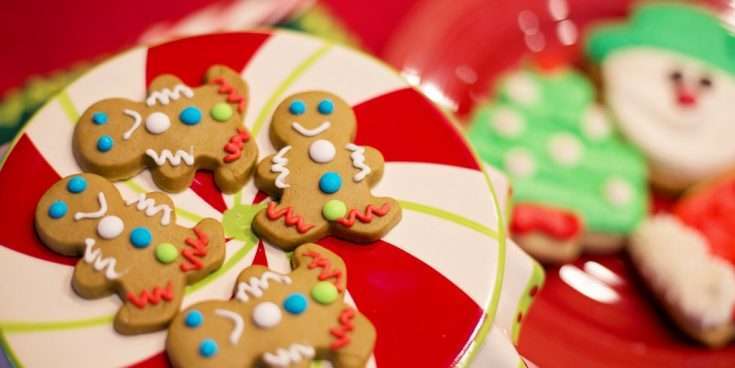 How to Throw an Epic Ugly Christmas Sweater Party