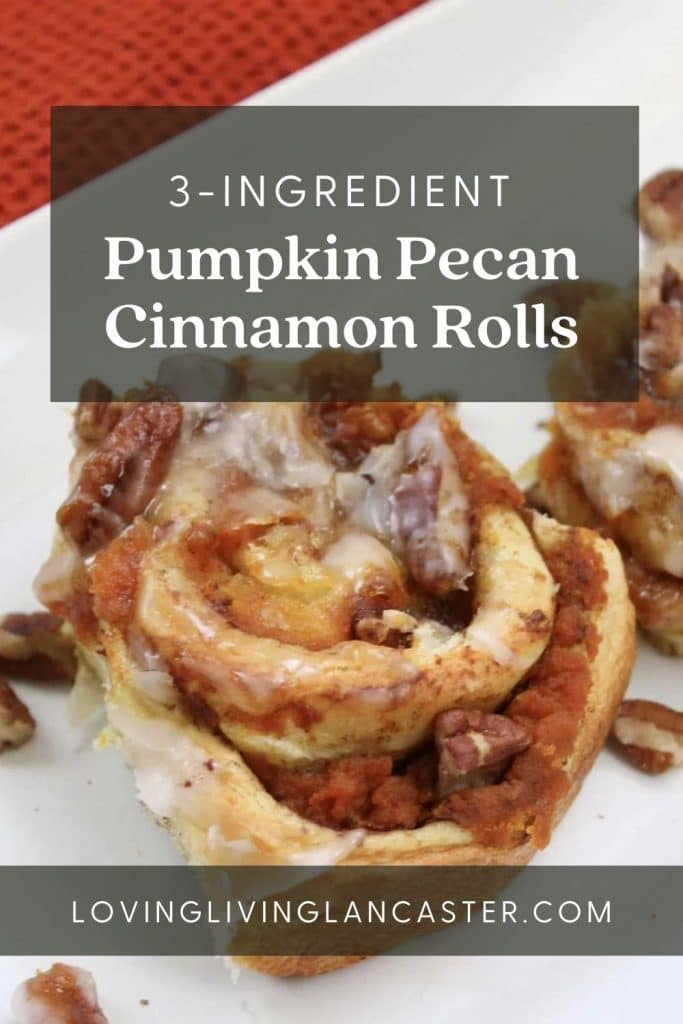 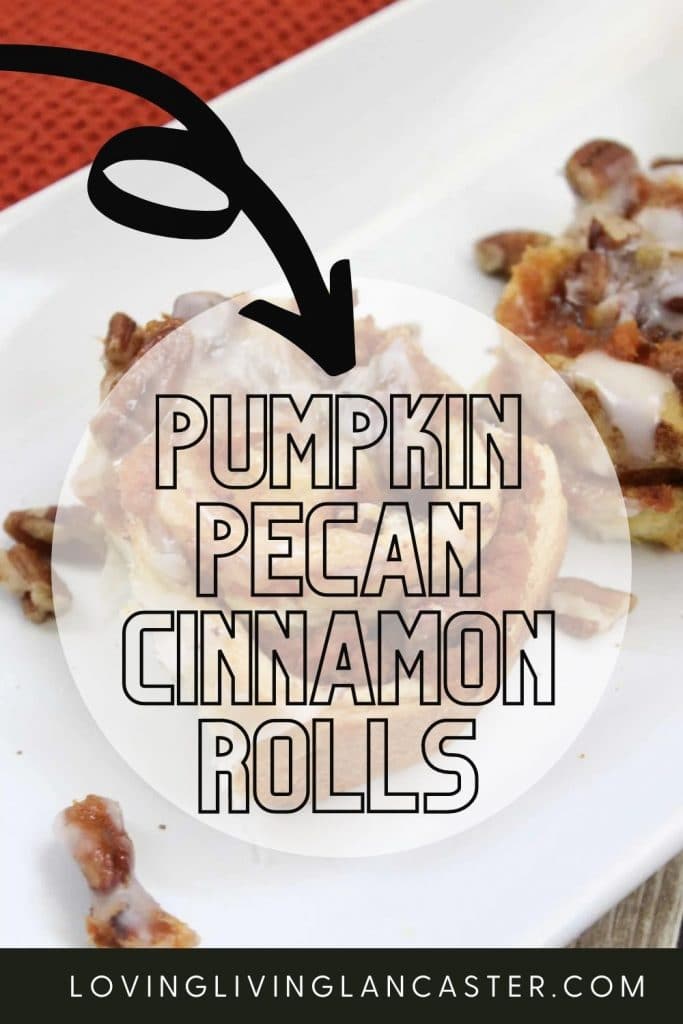 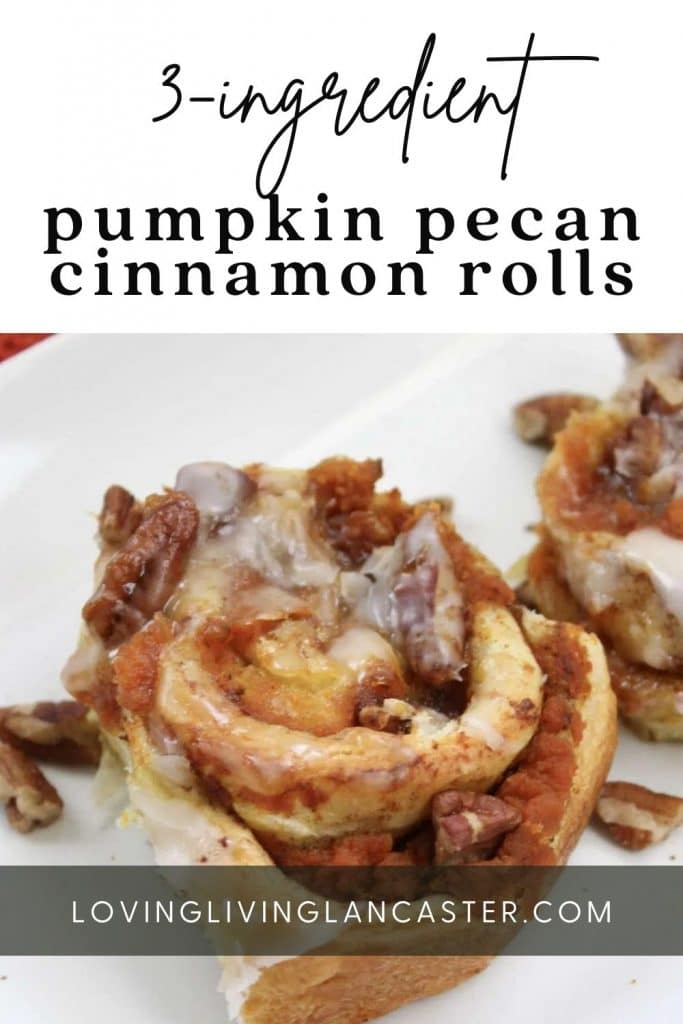 This 3 ingredient pumpkin cinnamon roll recipe is a tasty combination of ready-to-go cinnamon rolls, warm pumpkin puree, and chopped pecans, baked in the oven and topped with gooey icing, it’s the perfect fall breakfast or dessert!

These pumpkin cinnamon rolls are amazing! If you’re as obsessed with pumpkin as I am and love cinnamon rolls, but don’t want to spend hours in the kitchen making them from scratch. Then this recipe is for you!

These 3 ingredient pumpkin cinnamon rolls are semi-homemade and use store-bought refrigerated cinnamon roll dough. You don’t have to worry about getting the cinnamon to sugar ratio right, proofing the dough, or any of that. Just unroll the dough, spread on some pumpkin puree, sprinkle on some chopped pecans, and roll it up! Bake in the oven until golden brown and gooey, then top with icing, and you’re done! Plus, they only take about 30 minutes to make! So easy and so delicious – you will love them!

How To Make This Easy 3 Ingredient Cinnamon Rolls

How To Store & Reheat Cinnamon Rolls

These cinnamon rolls are best served warm, but they will keep at room temperature for a day or two. If you need to reheat them, place them in the oven at 350 degrees for about 15 minutes or until warmed through. You can also microwave individual cinnamon rolls for 30-45 seconds.

Can I use pumpkin pie filling instead of pumpkin puree?

If you want to add some pumpkin spice seasoning to the pumpkin puree, you can do that too!

Do I have to use pecans?

No, you don’t have to use pecans if you don’t want to. You could use chopped walnuts or almonds. You can also omit them entirely. I just like the crunch and added flavor pecans add to these cinnamon rolls.

Can I make these cinnamon rolls ahead of time?

Yes, you can make them up to a day in advance. Follow all the instructions through step seven and then place them in the fridge overnight. In the morning, take them out of the fridge and let them sit on the counter for about an hour to come to room temperature. Then bake as directed.

Other Pumpkin Recipes You’re Sure To Love

I hope you enjoy this easy and delicious recipe for semi-homemade pumpkin cinnamon rolls! If you try it, please come back and leave me a comment letting me know how you liked it. And if you have any questions, please feel free to ask! I love hearing from you! 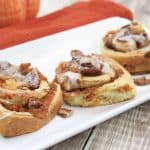